This based on the recipe from the Betty Crocker Cookbook.  I looked for several other recipes online, but they all seemed to be copied from Betty Crocker.  I didn't have any corn syrup (it's a little hard to come by in England), so I substituted Golden Syrup. I also used butter instead of shortening as that seemed more french. And I used dark brown sugar rather than "normal" brown sugar, though if I did it again I'd probably use demerara sugar. Oh, and I used almonds instead of pecans. This recipe requires baking parchment. When I was only using a greased cookie sheet I was making an unholy mess. So basically Betty and I agree on using flour in this recipe.
Heat oven to 375ºF, 190ºC, Gas Mark 5. Put a couple inches of water in a big pot and start that heating, as you're gonna want some double boiler action later. Use a food processor to finely chop the almond flakes. You should end up with something the texture of cous cous.
Heat the golden syrup, butter, and brown sugar to boiling in a medium sauce pan over medium heat, stirring constantly. Once it starts to bubble remove it from the heat and slowly stir in the flour and nuts.

Drop teaspoon-sized lumps of batter onto parchment paper (which is on a cookie sheet, of course). I made the mistake of making most of mine too big so they didn't cook right. Bake about 5 minutes (or more like 6-7 if you made them too big, but then they burn on the edges). Once they come out of the oven transfer the parchment paper directly to a wire rack. Oh—the boiling water. You're gonna need to keep the batter at working temperature while you wait for your batches to bake so put your sauce pan of batter over the big one you started boiling a couple of paragraphs ago.
Makes a zillion cookies. Betty says 4 dozen, that would probably be right if I had made them the right size.

This is more of an experiment than a triumph, but it's good enough I thought I'd document it as a basis for further research.
Ingredients:Serves 4-6.
First, the caveats.  I only used the garlic because I didn't have another onion.  I think it would be simpler and better with more onion.  Pine nuts would have worked as part of the nuts (in which case I would add them early, with the fruit).  The spices in the dish are definitely missing something.  I don't know if its just a question of quantity or if I should have added something else.  You could double the amount of spice in the recipe and it still wouldn't be too strong I expect.

Boil the water.  Coarsely chop the onion and in a large pot brown the onion in the olive oil.  Peel, crush, and half the garlic cloves.  Zest the lemon.  Add the rice, cinammon, nutmeg, garlic, dried fruit, butter and lemon zest.  Give everything a good stir and then add the boiling water.  Stir until the butter melts, then put the lid on and cook at low heat until the rice is cooked and almost all of the water is gone.  Don't disturb it too much or the rice won't cook right.  I think it took 30 minutes or so.  Once the rice is cooked take it off the heat, stir in the nuts and let it sit with the lid ajar for 5-10 minutes.

When serving squeeze some lemon onto it and garnish with chopped mint.
In the future, I'd double the spices, add pine nuts and/or sesame seeds early on, use 2 yellow onions instead of the red onion and garlic, and use better quality raisins.  I might only make a half recipe in the future too because I'm not too sure how I'm going to reheat it.  Also I think what I had in my head was a drier rice dish, more like a pilaf, though what came out is a moist rice dish.

I've finally posted my photos of my India trip. Also up are Berlin last week and Berlin this spring.

Photos of Seville are up. As usual in Spain, I had a great time. Between tapas and great Moorish architecture I'm a happy man.

This trip was also a great opportunity to play with my new Canon EF-S 55-250 IS lens. It also represents my first outing with a polarizing filter. The filter was a great success in the full daylight scenes but was kind of a problem in darker indoor shots. I guess there's really no way around that.

I'm not completely satisfied with the lens, but I can say it's a good value. I really needed something on the wider end rather than a telephoto for Seville. Also faster glass would be much appreciated. 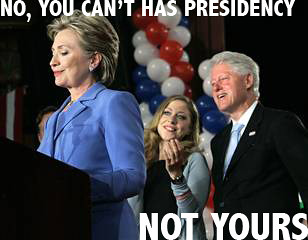 From John Scalzi's Whatever. For those that don't follow the memes, here is the original. I'm ashamed to admit I find icanhascheezburger.com unreasonably entertaining.

In the shower today I tried to think about the best advice I'd ever been given by another writer. There was something that someone said at my first Milford, about using style as a covering, but sooner or later you would have to walk naked down the street, that was useful...

And then I remembered. It was Harlan Ellison about a decade ago.

He said, "Hey. Gaiman. What's with the stubble? Every time I see you, you're stubbly. What is it? Some kind of English fashion statement?"

"Well? Don't they have razors in England for Chrissakes?"

"If you must know, I don't like shaving because I have a really tough beard and sensitive skin. So by the time I've finished shaving I've usually scraped my face a bit. So I do it as little as possible."

"Oh." He paused. "I've got that too. What you do is, you rub your stubble with hair conditioner. Leave it a couple of minutes, then wash it off. Then shave normally. Makes it really easy to shave. No scraping."

I tried it. It works like a charm. Best advice from a writer I've ever received.

This recipe is not authentic but tastes awesome.
Start boiling water for the cous-cous. Heat about a tablespoon of olive oil in a sauce pan over medium high heat. Chop the vegetables in the order above and add them as you chop, pausing between the zucchini and the pepper until the zucchini starts to get soft. Cook until the fat has come out of the sausage, like 5 minutes.

Transfer all of that to a serving dish and cover. Prepare the cous-cous in the sauce pan. This will cause it to soak up some of the flavors hopefully and means one less dish to wash. Mine calls for another tablespoon of olive oil then 1 cup of water. After that I cover the sauce-pan for 5 minutes. Fluff it with a fork and serve it in bowls with the sausage and veggies over top.

For a veggie version you'd have to add some salt and maybe some garlic or garlic powder in place of the salami.

The above serves 2 as a smallish portion (most cookbooks' idea of serves 2) or one very hungry person.

I had to re-buy three times tonight, putting my total stake at €20. There were dizzying highs and punishing lows. Actually, until late in the evening mostly punishing lows. I was getting crap cards to the point where even J5 was looking ok. That's not good. But even worse, even my better cards wouldn't hold up. Early on I went all in with bullets (pocket aces) only to lose to 52s when Alan drew running 2's to make trips.

A few big late plays made up for all that and I was back in black by the time we decided to start mixing the game up. From Hold 'Em we went to Omaha, where I profited somewhat despite swings of €5 or more. I feel I'm getting better at identifying good Omaha hands but I still end up playing weaker hands. The problem is when you're holding four cards everything looks promising. We had a short run of Manila but it didn't really go anywhere. I like this poker variation, but somehow it wasn't the night. Then we played Omaha with the "Freedom of Information Act" (all folded and burnt cards get shown immediately).

At the tail end of the night I made up a new game. It's Hold 'Em but 2, 3, and 4 count double for flushes. So, for example, 28JK of clubs makes a king-high flush, and 23Q of spades makes a spade flush. No flushes came up in the 3 or so rounds we played but it was interesting. For example A2s becomes a more powerful hand.

I ended the night up €1.50, due to getting some good action in Omaha and probably benefiting from the generally looser table at the end of the night.

I've noticed a trend in some research talks I've been attending lately. There are lots of people out there that simply take ideas from one field (or domain as seems to be the buzzword du jour) and apply them in a different field. Like taking a technique from DNA matching in bioinformatics and applying it to internet search, or the other way around.

This is a great way to get a publication without much risk or work. One could argue that it's not very creative, but I think this approach actually has a lot of value. At its best it introduces new powerful techniques to a field that may be stuck on an unproductive approach.

I'm about to get a MacBook Air and I was thinking about its lack of serious performance and lack of a docking station. It occurred to me that the main thing i want from a docking station over just moving to a desktop when i need more cycles is preserving my "session," i.e. the set of open programs I have.

People have tried to do session migration before, most notably I think in clustering systems for migrating distributed processes, though in some sense screen and even the original VNC allow you to move sessions across terminals.

What I'm proposing is to take advantage of modern suspend features of laptops to migrate a session. The model is this: Suspend the laptop to disk, connect it (perhaps via a firewire target disk mode-like mode or its moral equivalent over ethernet) to another computer and have that computer resume the laptop in a virtual machine. Desktop software is already robust to suspend/resume and the potential change in devices or network connectivity.